Wisconsin DeMolay has made the decision to postpone this years Honors Day originally set for October 3, 2020.  Please see the message from Mom and Dad Sorensen below. 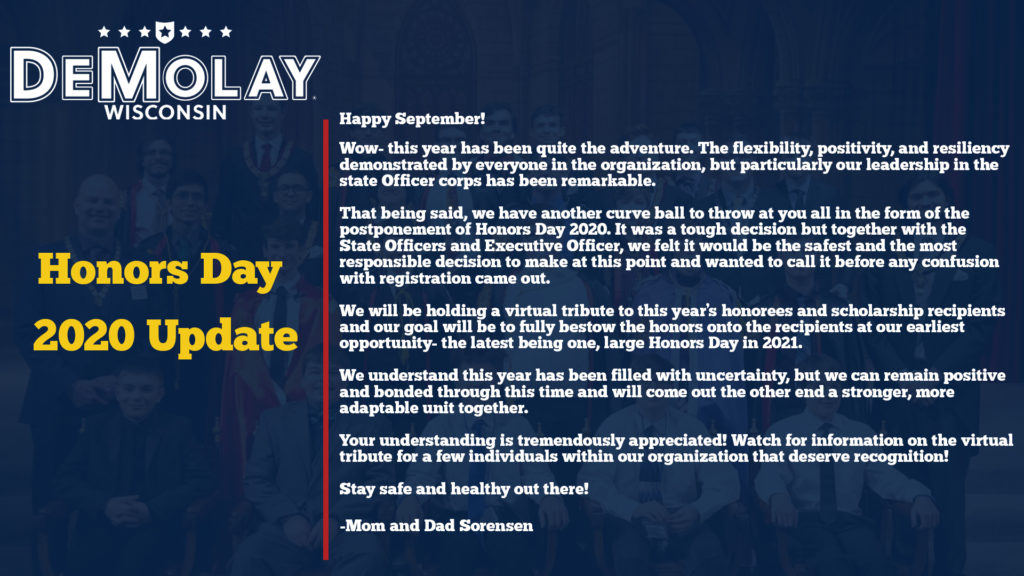 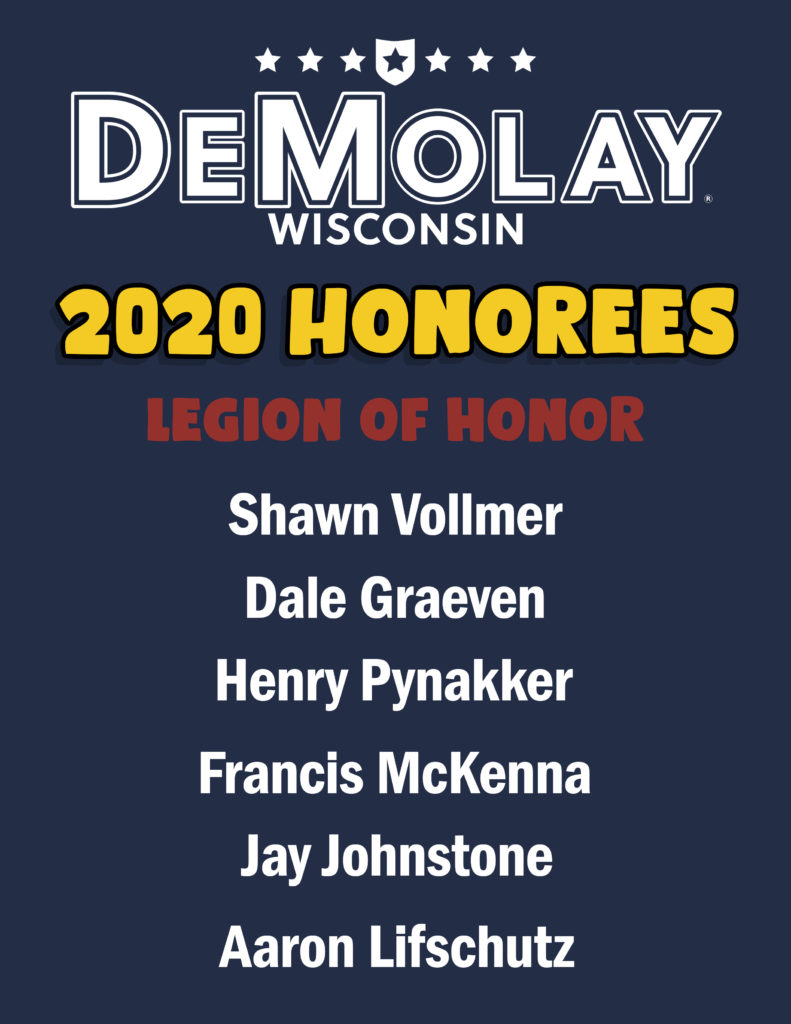 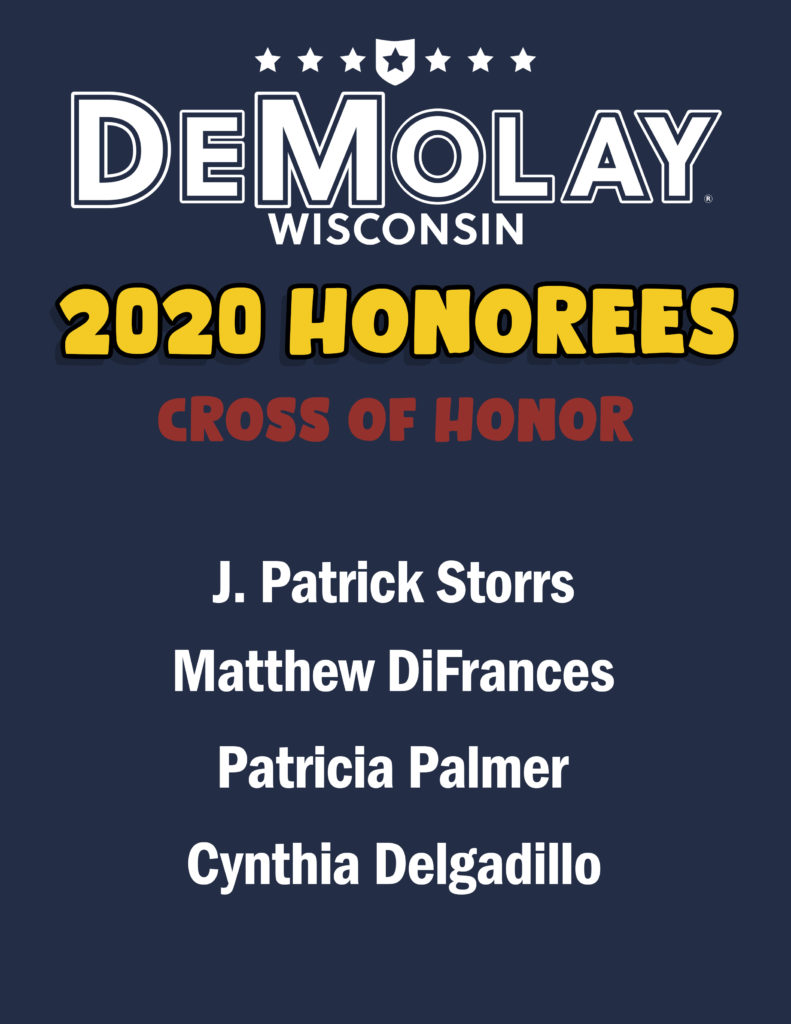 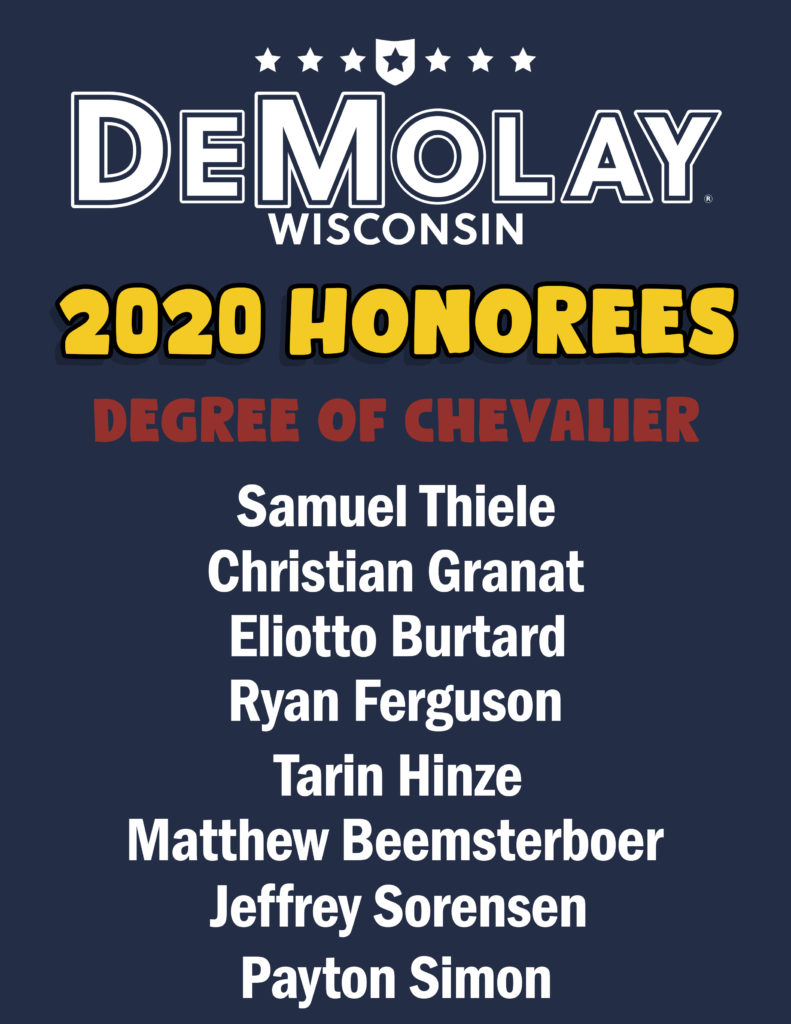 TBD
All of the day